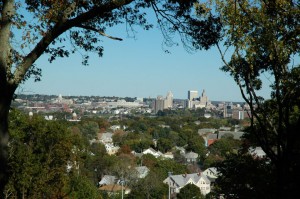 Lost? Rediscover? The Hill played a vital part in the life of the neighborhood, particularly during the depression and WWII years, and up through the early 50s when the post-war economy allowed for family autos, vacations and drives to ‘the mountains.’ Use of the Hill declined and eventually slipped into a lost park, as described in a Providence Journal article by Bob Wyss in June 1978. “…Rumors that the park is not safe gained credence, reason why many stopped visiting the Hill.” And so, the park was ‘lost,’ slowly evolving into a haven for ‘undesirables.’

Fast forward to the spring of 2005, when a group of neighbors, determined to save the Hill, formed the Neutaconkanut Hill Association. Their mission: To preserve the land of Neutaconkanut Hill for future generations so that it will remain forever as it was intended by the King Family and our forefathers, a place of undisturbed natural beauty.

It was essential to clear the miles of stone-line trails and brook-ways created by the WPA in the 1930s and to bring the Hill back to its rightful significance in the lives of the neighborhood and of the City.

The immediate challenge was to discourage utilization by groups who misuse the Hill. Priority was given to opening the trails and inviting the general public to hike these trails. 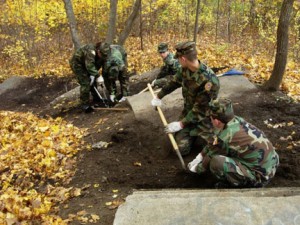 In the summer of 2006, the Providence Parks Department, with a $50,000 DEM grant, hired a 4-person trail crew.  For three months this crew along with hundreds of volunteer hours by neighbors and those interested in the Hill, students from Providence College, Roger Williams and Bryant Universities, and the American Cadet Alliance Military Cadets of N E, made it possible for the Association to meet the immediate challenge. Many of the trails are now accessible to walkers and hikers.

In the spring of 2009, the Association became an official, 501C3 non-profit corporation, and changed its name to the Neutaconkanut Hill Conservancy (NHC). 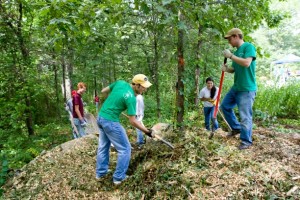